[learn_more caption=”Basic Use” state=”open”]  After adding a rim or a a deprogrammer element, sometimes there is a large concavity or large overhangs within the splint. 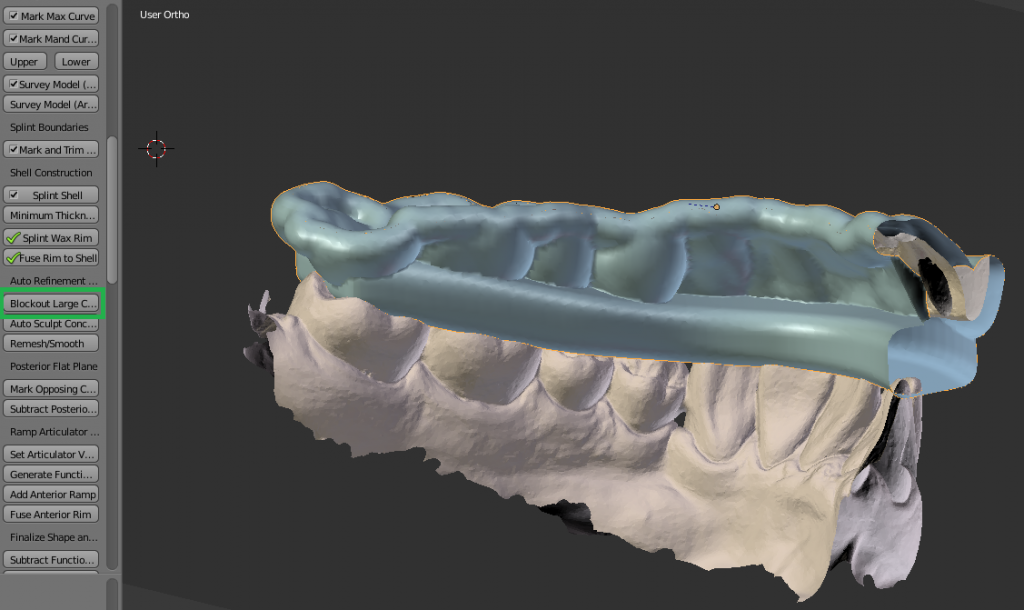 It is usually a good idea to Remesh and Smooth the splint after this step to help blend in the added blockout. 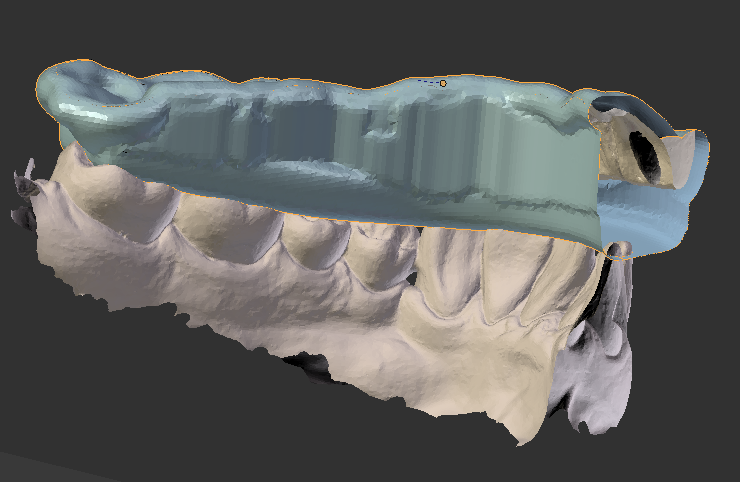 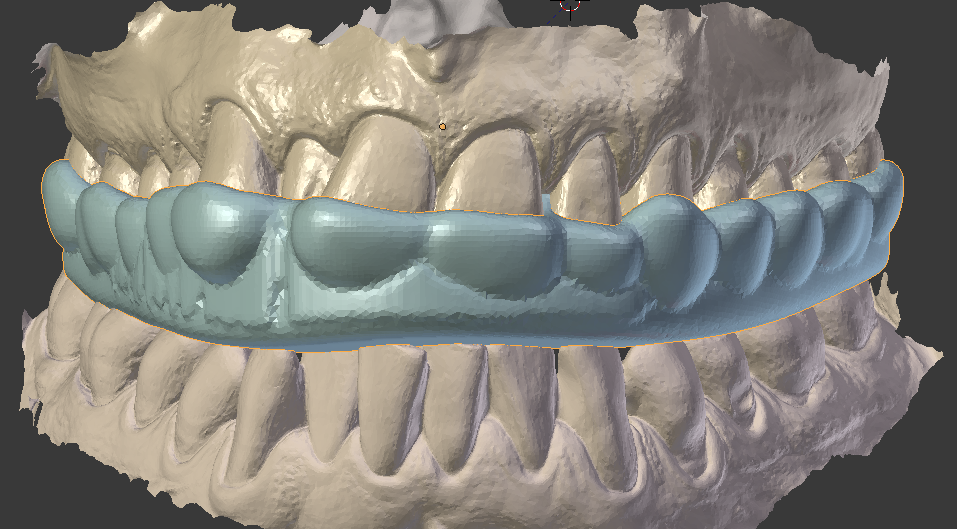 Occasionally, the blockout  which is added, will not fuse properly with the splint.  This is typically a Boolean Failure.

It is remedied with the following steps

Here, the result of remesh and smooth on the left, and then the successful blockout of undercuts afterward.