Live Editing of the Deprogrammer 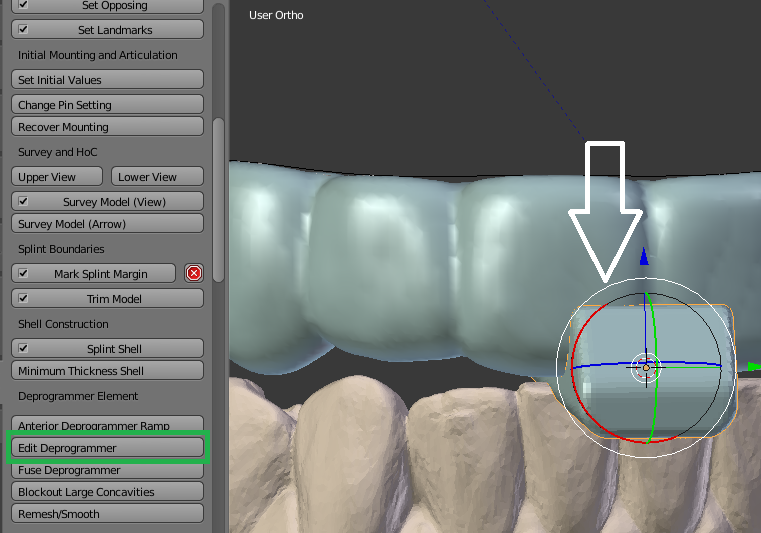 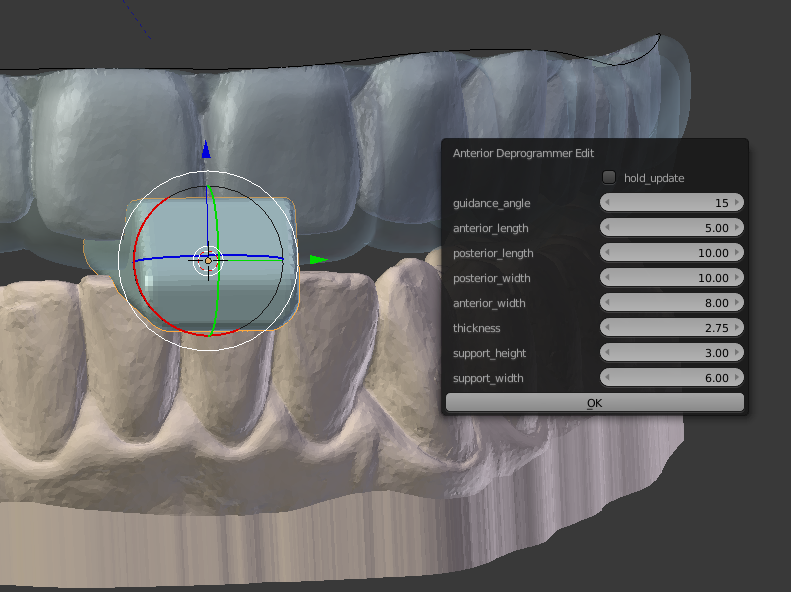 Optionally, before pressing the Edit Deprogrammer button, you can change Blender’s view to a “Quadview” and then the deprogrammer can be visualized from multiple views.  When finished, you can set the view back to normal by using “Toggle Quad View” again. 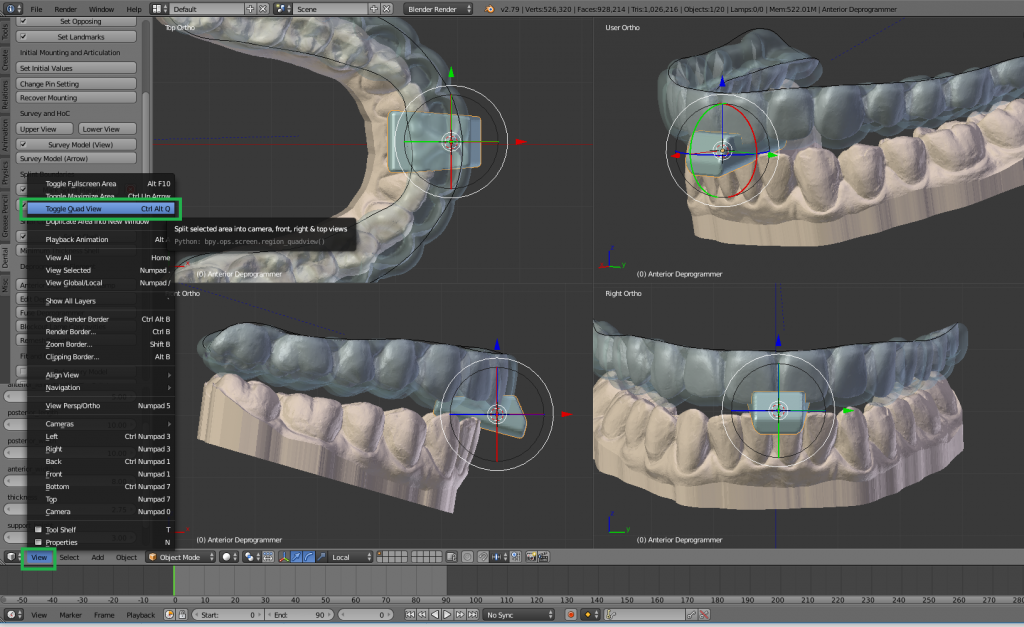 This basic usage of this function is already advanced.

There are no known issues