Press the Fuse Rim To Shell, the Wax Rim and Splint Shell will become one single object.  You will notice that the intersection of the rim and shell will appear slightly different after the Boolean operation.

There are no advanced use or alternate use cases for this function.

Occasionally, the rim will fail to fuse and either leave the splint appearing as if nothing has happened. This is usually a numerical precision problem with the Boolean operation.  Here is an example. 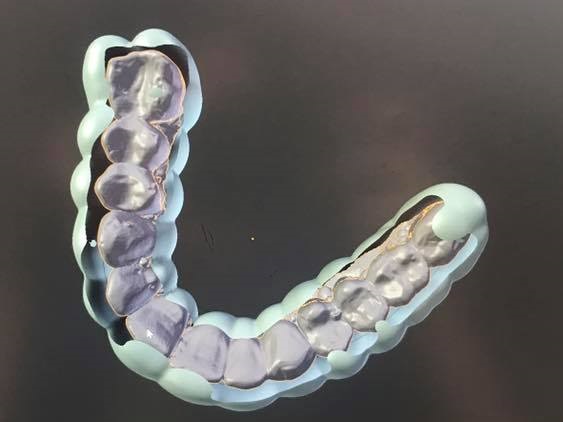