Press the “Draw Max Curve” button.  The other models will be hidden and an occlusal view of the Maxillary Model will be shown.  LEFT CLICK on one side of arch and sequentially work around to the other.  Points will be displayed on the model where you click. Instuctions will appear in the upper right corner. 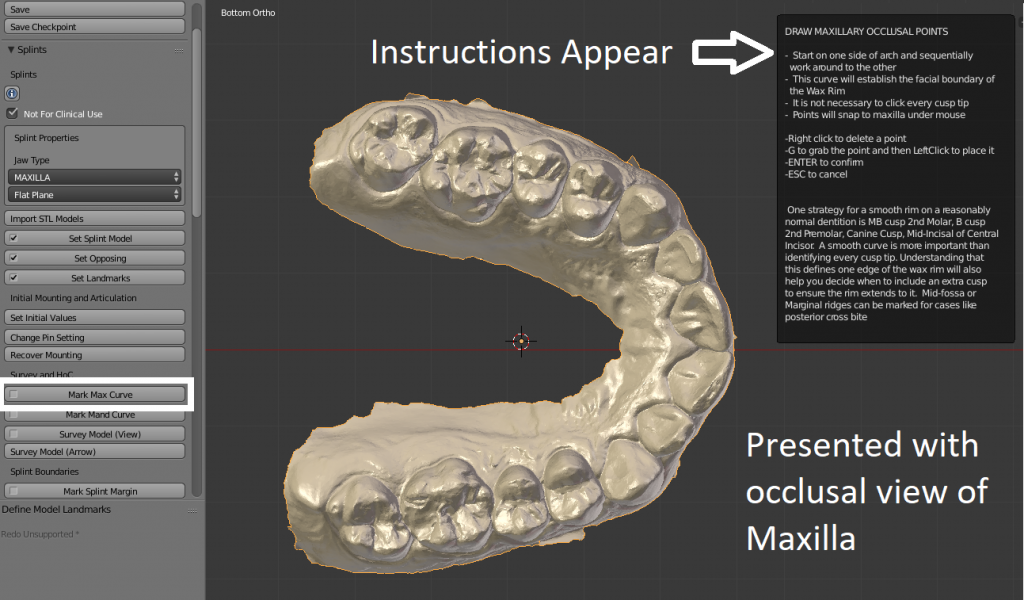 Making a smooth curve is more important than identifying every cusp.  This curve will determine the upper and outer limit of the splint wax rim.  Here is one example of achieving a smooth curve with marking just a few cups and incisal edges. 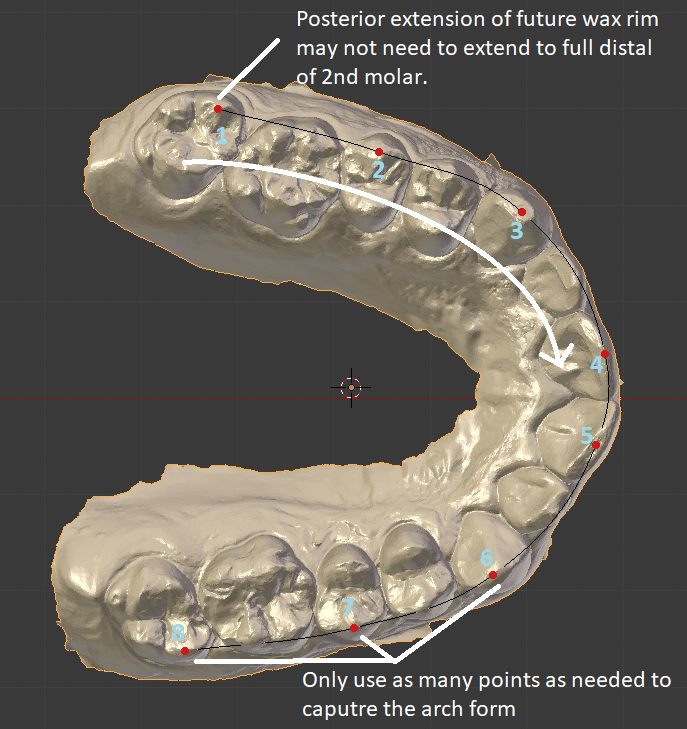 You can insert a point between others by hovering close to the line, you will see a connector under the mouse.  You can delete points by ‘RightClicking’ clicking on them.  If you ‘LeftClick’ on a point, press ‘G’, the point will stick to your  mouse until you ‘LeftClick’ again to place it back on the model.

Press ‘Enter’ when you are finished.  The instructions will disappear, and a checkmark will indicate that the operator has been done. 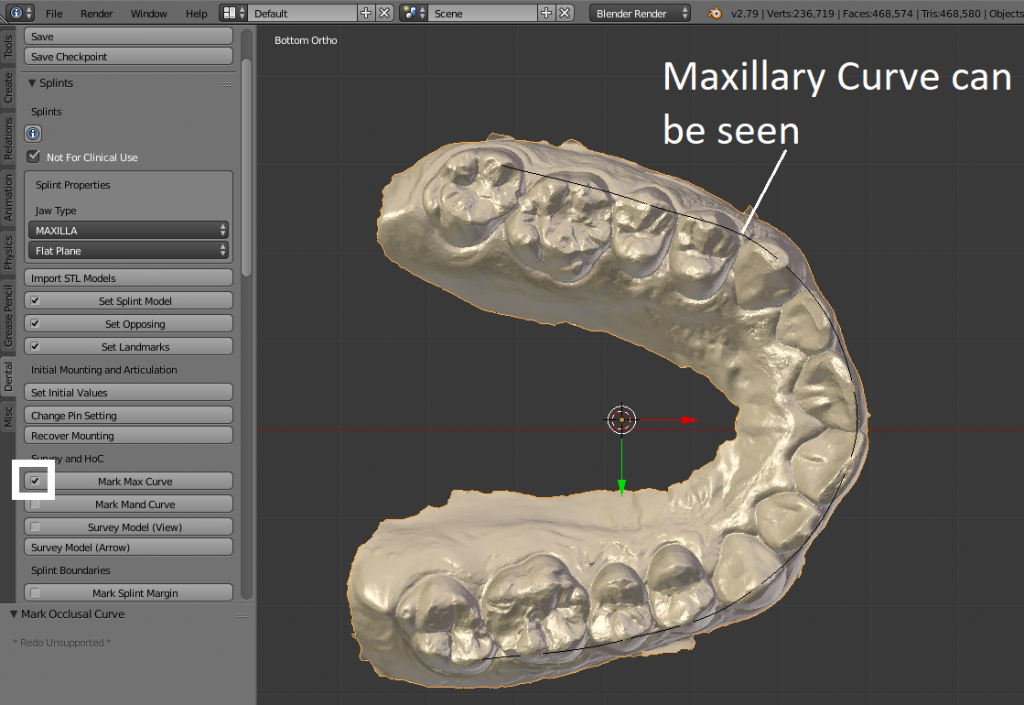 For a posterior cross bite, you may want to mark the central grooves or marginal ridges so that the wax rim adeqately covers the lower cusps.