Use RightClick in the 3DView or the LeftClick in the outliner to select an open mesh object.  Then press the “Simple Base” button in the Model Work panel

A popup will appear with options.  Select the desired options and pres “OK.”  The model will be converted to a closed object. 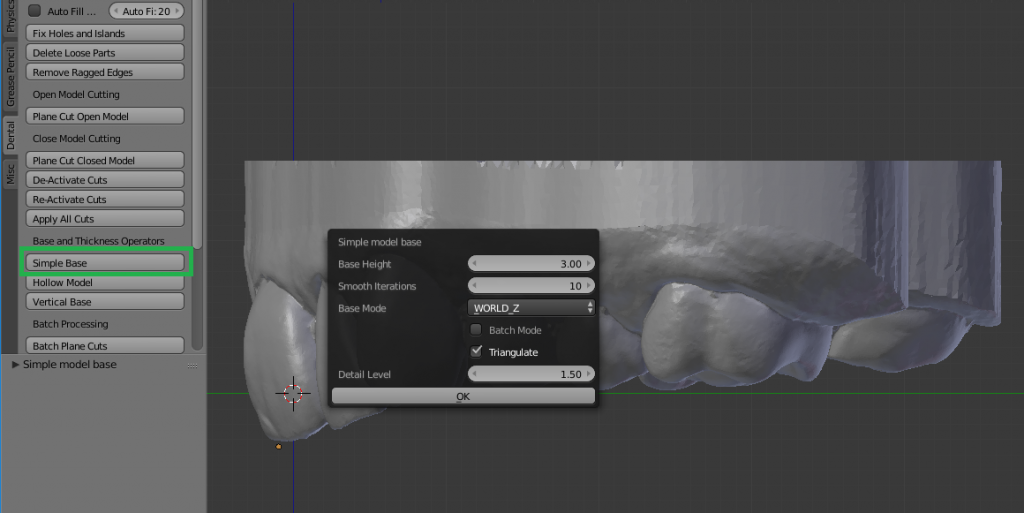 The triangulate options will add some processing time, but may produce a more satisfactory mesh for software such as Blue Sky Plan Ortho. Whether or not the triangulate option is selected, the original mesh data will be unaltered, which is very different than the methods in other software. 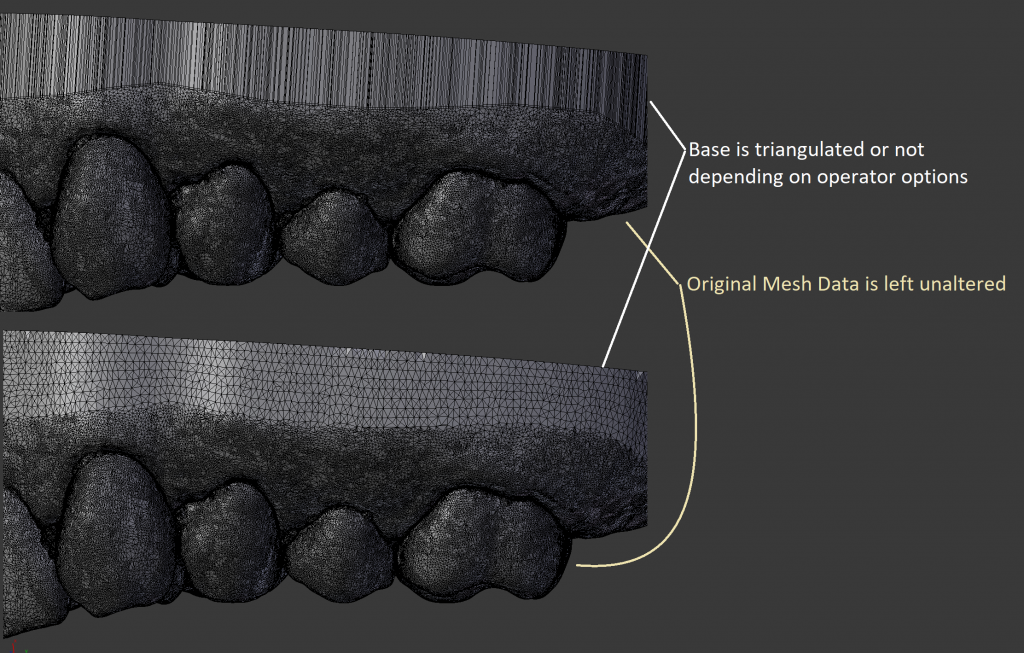 The base height is the distance from the highest point of the mesh perimeter.  Setting a small value, like .01 will provide the smallest base possible. 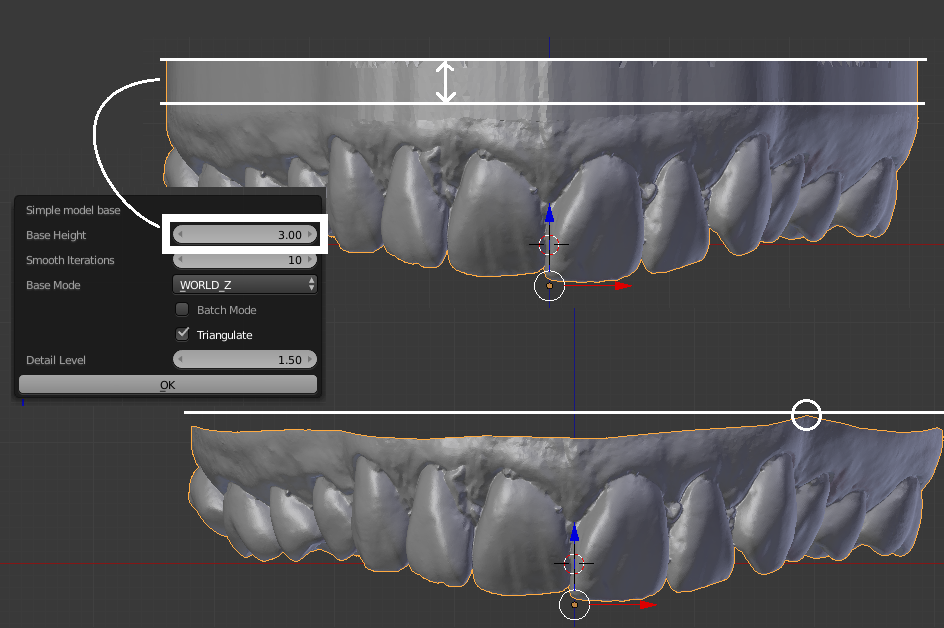 Controlling The Base Orientation

There are 3 modes that control how the flat part of the base is created.

The most predictable way to control the orientation of the base is to pre-align the model with the world Z axis.  Use the view menu to view the “Front” or “Right” world views, and then align the model so that the desired base is aligned perpendicular to the blue Z axis (flat to the X (red) and Y (green)).

Multiple objects can be selected, and the “Batch Mode” option checked.  A base will be added to all selected objects.

Really irregular borders can cause poor triangulation of the base.  This can be fixed by performing a closed plane cut [TODO INSERT LINK]  above the base.