The Maxillary and Mandibular occlusal curves will have need to been marked first (see pre-requisite steps).  Press the “Splint Wax Rim” button which an be found under the “Shell Construction” section of the panel.  Choose the options desired and press “OK.”  The resulting rim will be visible in the 3D View and a green checkmark will appear in the button.

How the Rim is Constructed

Understanding how the Max and Mand Curves control the perimeter and extension of the rim will help you get the most predictable results.  The algorithm averages the 2 lines to establish the middle of the rim in all 3 dimension. Then the distance between the 2 curves establishes the width of the rim in the facio-lingual dimension and the thickness in the occlusal dimension.  Here is an occlusal view 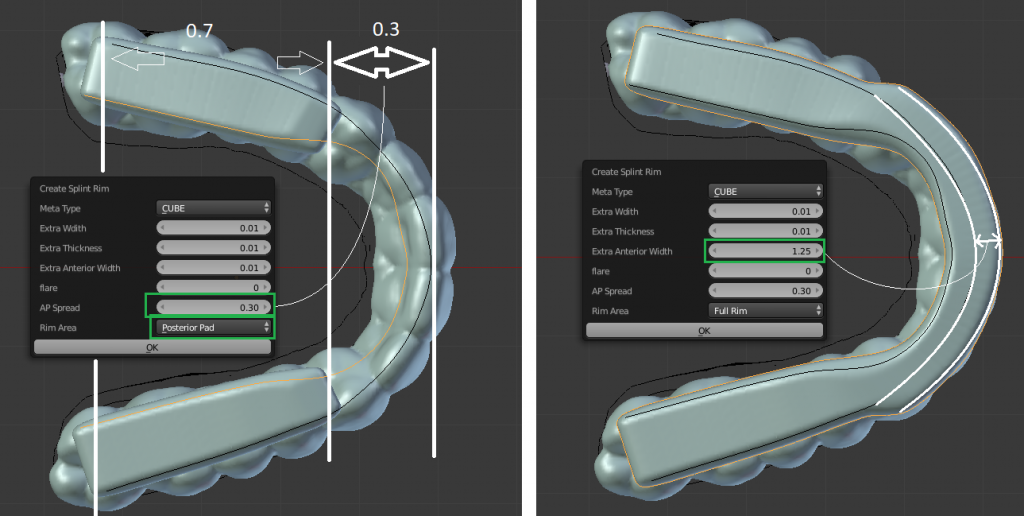 After your first values are set, you can then tweak them immediately after by changing the values in the lower left panel, underneath the dental tab.  As you adjust these values, the rim will update in the 3DView. 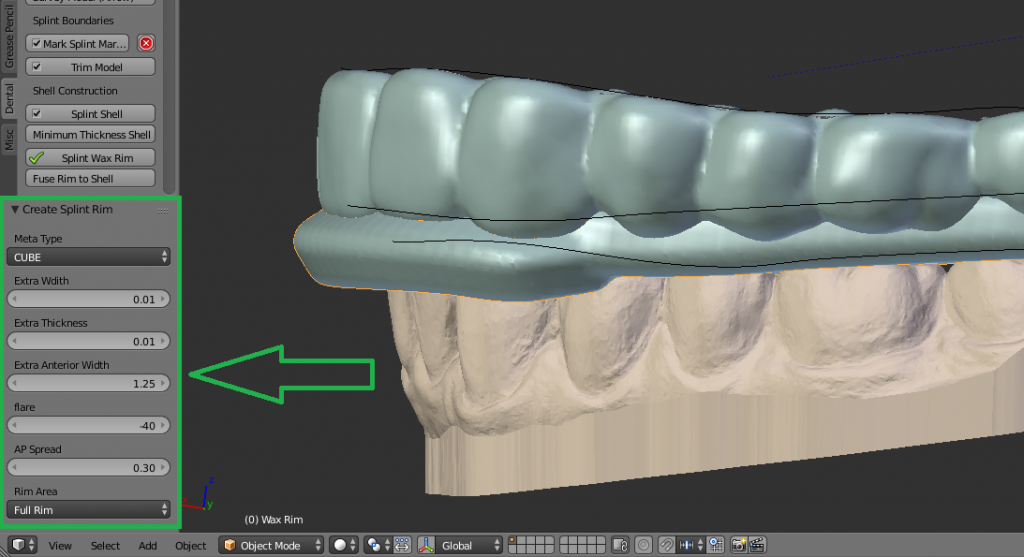 Sometimes, it is tempting to mark every tooth when marking the Max or Mand Curves.  However, knowing that the rim borders are defined by the curves it may be necessary to omit individual teeth or modify the curve position by remarking the Maxillary or Mandibular Curve and modifying control point positions.  Here is an example of improving a rim.

The resulting rim after making modifications to the Maxillary and Mandibular Curves.

For a posterior cross bite, you may want to mark the central grooves or marginal ridges so that the wax rim adequately covers the lower cusps.  Here is a unilateral cross bite example 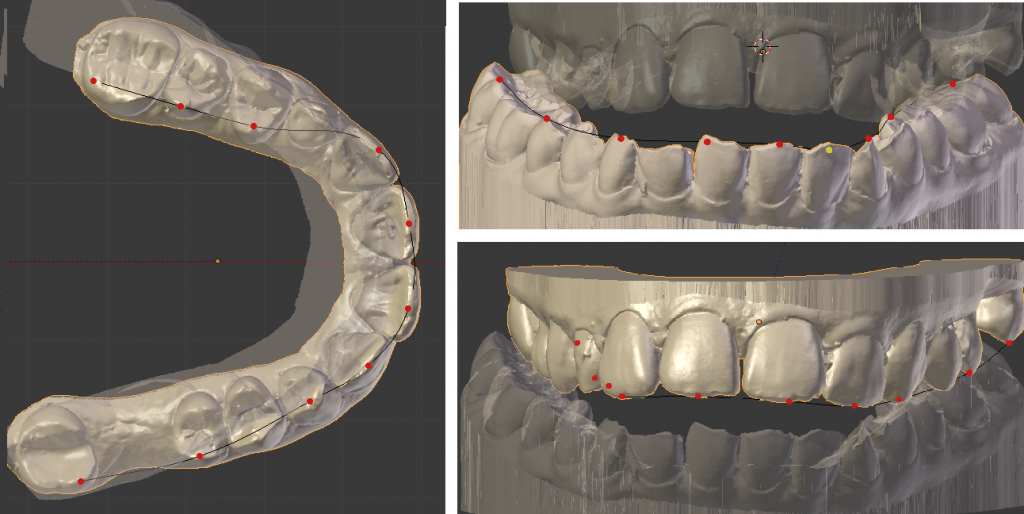